Chat with us, powered by LiveChat

What Makes a Southern Laguna Property a Worthy Investment?

As real estate developers continue to decentralize Metro Manila by bringing their expertise to the provinces, we see more activity in places being prioritized for their potential as new investment hubs. One such rural location is Laguna, whose proximity to the National Capital Region makes it a hotspot both for property giants looking for new areas to develop, as well as buyers wishing for a first (or second) home that marries proximity to the metro and the peacefulness of rural living.

Business process outsourcing–information technology (BPO-IT) companies continue to be a big contributor to the local economy, which is a major reason why these companies have also begun setting up satellite offices in Laguna. As a result, the BPO-IT industry has also become the source of much of the demand for real estate space, prompting developers to respond by building office towers and residences right in the province.

On the other hand, as a province completely surrounded by nature, Laguna’s potential as an investment-worthy location still lies largely on tourism, as well as products made from naturally sourced materials. But while places like Sta. Rosa and Calamba tend to be more popular with tourists and investors, the cities and municipalities in Southern Laguna should not be underestimated as they too have a lot to offer, and here are just a few of them.

Although it is said that the other cities of Laguna have left San Pablo City behind in their rapid economic development in the 21st century due to many local and foreign investments, San Pablo City is gradually catching up. BPO companies are said to be looking into turning the city into the information and communications technology (ICT) hub of Southern Luzon. And with its location as a jump-off point to the neighboring provinces of Batangas and Quezon, trade and commerce among these areas are seen to be more convenient.

San Pablo is highly competitive when it comes to tourism. It is home to seven lakes—Lakes Sampalok, Palakpakin, Bunot, Pandin, Yambo, Muhikap, and Calibato—that provide food, livelihood, and respite to nearby residents. It is also a contender for the title “City of Buko Pie” due to its vast supply of coconut.

Liliw, whose name is said to originate from the sound of a bird, is located at the bottom of Mount Banahaw. The municipality boasts a collection of cold water spring resorts, as well as Saint John the Baptist Church and its iconic red brick façade.

Also known as the “Tsinelas Capital of the Philippines,” Liliw has a footwear industry that is supposedly large enough to rival that of Marikina. Aside from showering tourists with shoes and flip flops, the municipality is also well-known for its homemade native delicacies, including the starchy cookie uraro and the cylindrical rice cake espasol.

Another municipality that touches Mount Banahaw is Nagcarlan, which is surrounded by Rizal, Calauan, Victoria, Magdalena, and Liliw. Nagcarlan’s most famous claim to fame is its underground cemetery, a historical landmark built in 1845 that served as a crypt for Spanish friars, prominent citizens, and elite Catholic families. Another must-see for devout Catholics is the San Bartolome Apostol Parish Church built in 1583.

For those seeking refuge in the municipality’s natural wonders, Bunga or Twin Falls are also worth a visit and a dip. And being situated at the base of Mount Banahaw and Mount Cristobal, Nagcarlan is also home to many resorts featuring the municipality’s lakes and rivers.

Majayjay is also located at the foot of Mount Banahaw and is famous for its natural attractions, most notably Taytay Falls, a two-story waterfall also known as Majayjay Falls or Imelda Falls. The Saint Gregory the Great Parish Church, constructed in 1575, houses many statues of saints dating back to the Spanish colonial era. Majayjay is also a leading producer of lambanog, a coconut-based wine that is said to be the Philippines’ version of moonshine.

For those who seek a new home that’s more than just a place to sleep in, Southern Laguna indeed presents an environment that balances the comforts of home and the adventures of a vacation. And to ensure that people can take advantage of the benefits of living close to this side of the province, Landco developed two of their biggest projects to date: Hacienda Escudero and MonteLago Nature Estates.

The 35-hectare MonteLago Nature Estates, located in San Pablo City, fuses California architecture and Mediterranean design in its aesthetic, bringing an international flair to the Southern Laguna project. Aside from offering a panoramic view of nearby Mount Banahaw and Mount Cristobal, among its many amenities are the Plaza Sacramento park, a clubhouse, swimming pools, and play areas. 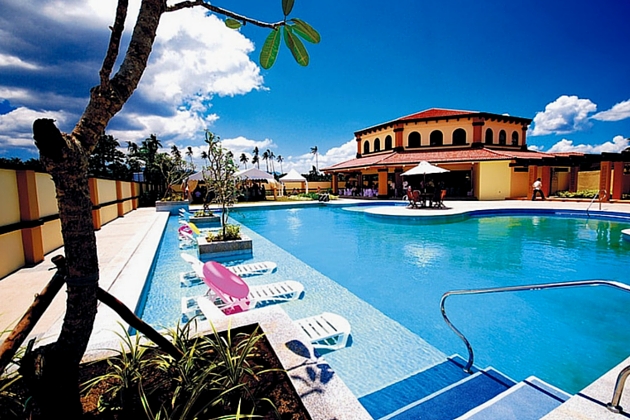 Also located nearby is Hacienda Escudero, a 180-hectare property that boasts a rich cultural heritage that basks in the natural beauty of Tiaong, Quezon. Inspired by Filipino architecture and hospitality, every aspect of Hacienda Escudero exudes old-world charm amid a relaxing rural setting. Aside from featuring the famous Villa Escudero Resort, the project also features farm and lakeside lots.

This article was sponsored by Landco.

MonteLago Nature Estates and Hacienda Escudero are major projects of Landco , a real-estate developer of leisure communities, resort-inspired condominiums, and luxury home communities. For over 25 years, the company has consistently pioneered innovative and outstanding lifestyle products that revolutionize the way the Filipino lives.

Get in touch with Landco.

Allow us to show you innovative and outstanding lifestyle products and experiences and revolutionary places of leisure where life can come alive in all its fullness and beauty.

Please fill out the online form. We look forward to offering you a truly unforgettable leisure experience.